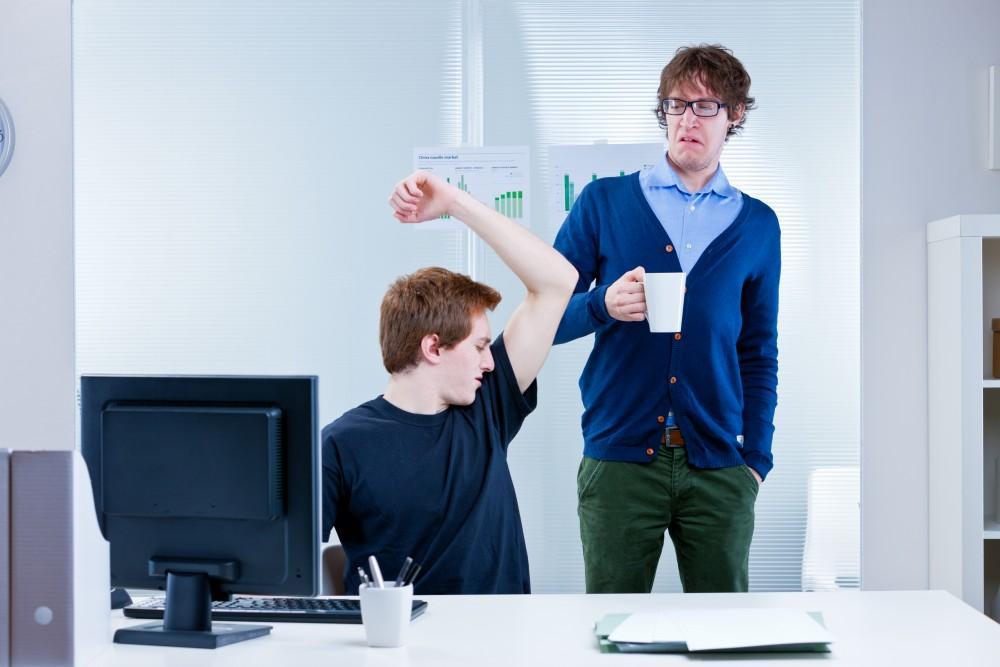 Remember in elementary school when people would ask you if you had HBO? If you were lucky enough to have the paid subscription television channel you might proudly say “Yes!” only to then have your frenemy respond with “Eww, gross! You have horrible body odor!”

At that age, most of us didn’t have body odor, also referred to as bromhidrosis (brom- refers to bromine, a chemical element with a foul smell, and –hidrosis refers to sweat). The reason for that is because the sweat glands primarily responsible for body odor, apocrine glands, are not active until puberty.

Apocrine sweat glands are located primarily in the underarm and anogenital region. They produce an oil-like substance that is composed of lipids (fats), proteins, and hormones. While apocrine sweat is generally odorless, bacteria on our skin breakdown sweat to make byproducts that smell and are primarily responsible for body odor.

Eccrine glands are another type of sweat gland distributed throughout our bodies. Water is the main component of eccrine sweat, which is odorless. Eccrine bromhidrosis occurs when the moisture from sweat softens or macerates the top layer of skin and bacteria breakdown keratin, a structural protein in skin (think smelly feet).

What are the best ways to prevent it?

Body odor is the result of sweat production and the subsequent breakdown of sweat to malodorous byproducts by bacteria. So, it makes sense that reducing sweat and bacteria on our skin can help prevent body odor.

Removing sweaty cloths after a workout, washing the underarm and groin areas with soap or an antiseptic cleanser to remove bacteria, occasionally exfoliating those same areas with a washcloth to remove dead skin, using an antiperspirant to reduce sweat production, and even shaving the underarm area to prevent bacterial accumulation can be helpful ways to prevent body odor.

What types of clothes are best for preventing odor?

While most workout clothes are made of synthetic fibers, natural fibers like cotton are probably best for preventing odor. Natural fibers breath more (transmit and release moisture) and don’t trap bacteria as much. On the other hand, sweat does not evaporate as easily in cotton, which can make the fabric feel heavy and wet. Synthetic fabrics like polyester trap sweat and bacteria between fibers which can contribute to body odor. Synthetic fibers wick sweat away to the surface of the fabric where it evaporates. Some athletic lines integrate additives to their synthetic fabrics to reduce the number of bacteria, such as silver which has antimicrobial properties.

How does diet affect how you smell?

Certain foods may contribute to body odor or sweat production. Caffeine and spicy foods may make some people sweat more. Other foods like onions, garlic, and asparagus may contribute to the formation of volatile organic compounds, which can be excreted in eccrine sweat. One of the byproducts of alcohol consumption, acetic acid, can also show up in sweat and advertise to others you may have had too much to drink. Cruciferous vegetables, such as broccoli, cabbage, kale, and brussels sprouts contain sulfur compounds (think rotten eggs).

Sweating is a physiologic response intended to regulate body temperature.

I did not find information that suggests that more physically fit people sweat more when not exercising.

Is it possible to sweat without having body odor?

Apocrine and eccrine sweat are odorless to begin with. It is the bacteria on our skin that are responsible for producing the smelly byproducts that cause body odor (bromhidrosis). As result, you can’t completely get rid of body odor. More aggressive treatments may help minimize it. These include: prescription antiperspirants, oral medications (anticholinergics), neurotoxin injections to minimize sweat production, laser hair removal, and even surgery to remove sweat glands. 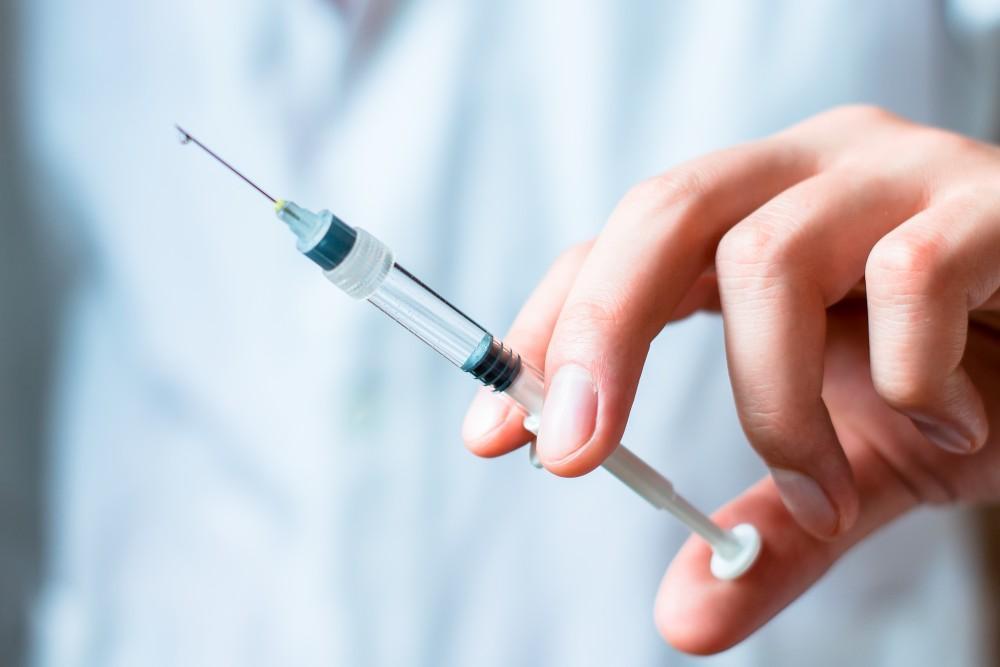 Should biologic medications be continued during the COVID-19 outbreak?

There are many biologic medications that are used to treat severe cases of chronic skin conditions like psoriasis and atopic dermatitis. Examples include Enbrel, Humira, Stelara, Cosentyx, Taltz, Tremfya, Skyrizi, Remicade, Siliq, Ilumya, and Dupixent. 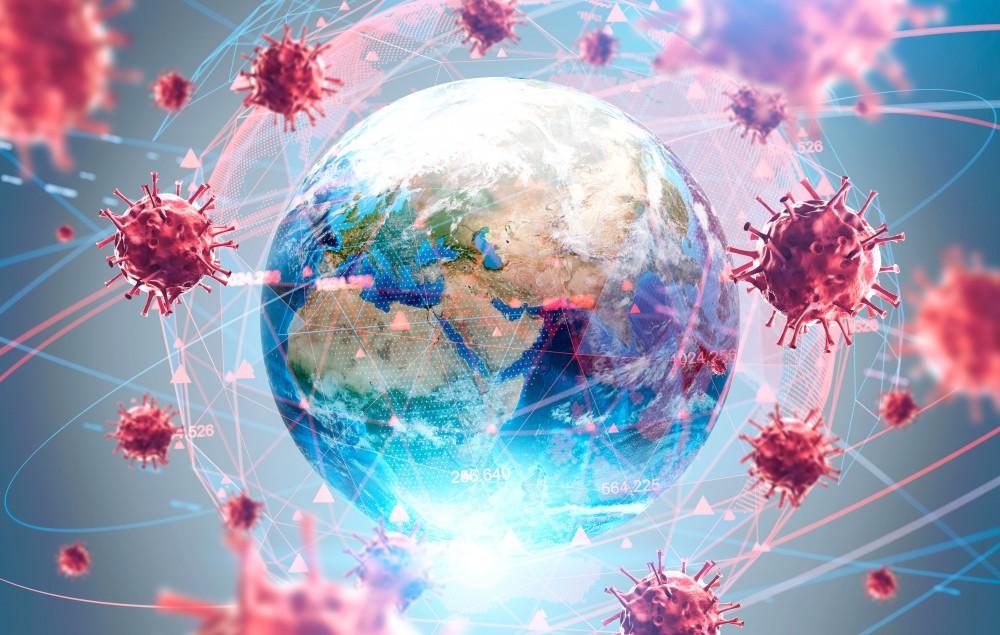 Three ways to stay healthy during the quarantine

Shelter-in-place directives have been ordered all over the USA. This public health strategy is the best way to slow down the spread of CoVid19. However, shelter-in-place does not mean that you should ignore your health. Here are a few tips to stay healthy 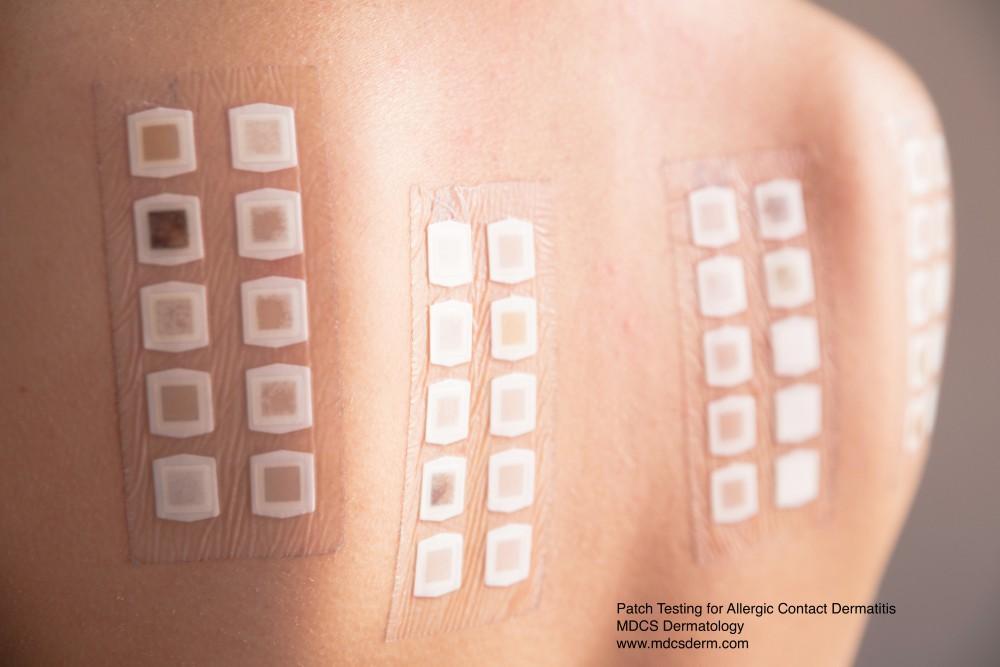 Recurring rash? Patch testing may help identify the cause.

Skin rashes that keep coming back may be caused by an external allergen rather than eczema or psoriasis. Your dermatologist may recommend an evaluation for a condition called contact dermatitis. 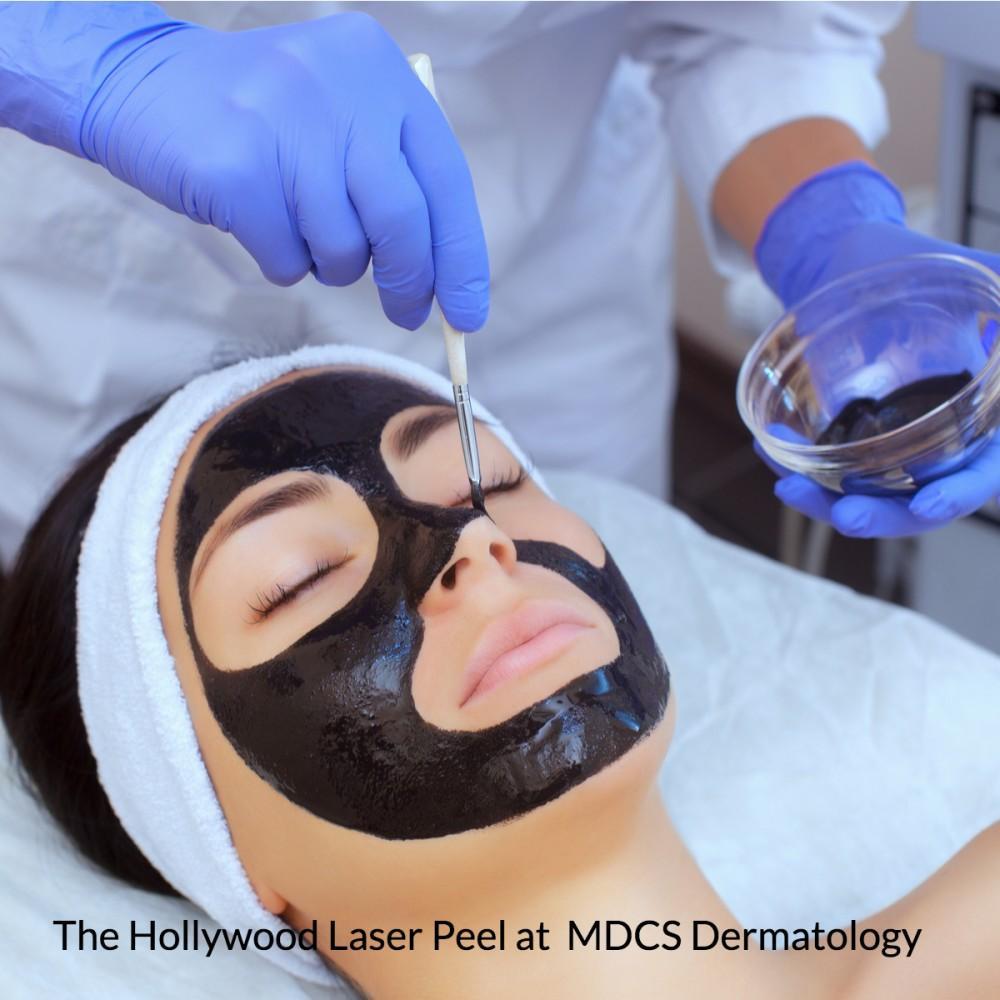 Charcoal Masks and Other Black Magic

While I don’t have a favorite charcoal mask, I do like the Hollywood Laser Peel. This is a laser and peel combined in the same procedure. 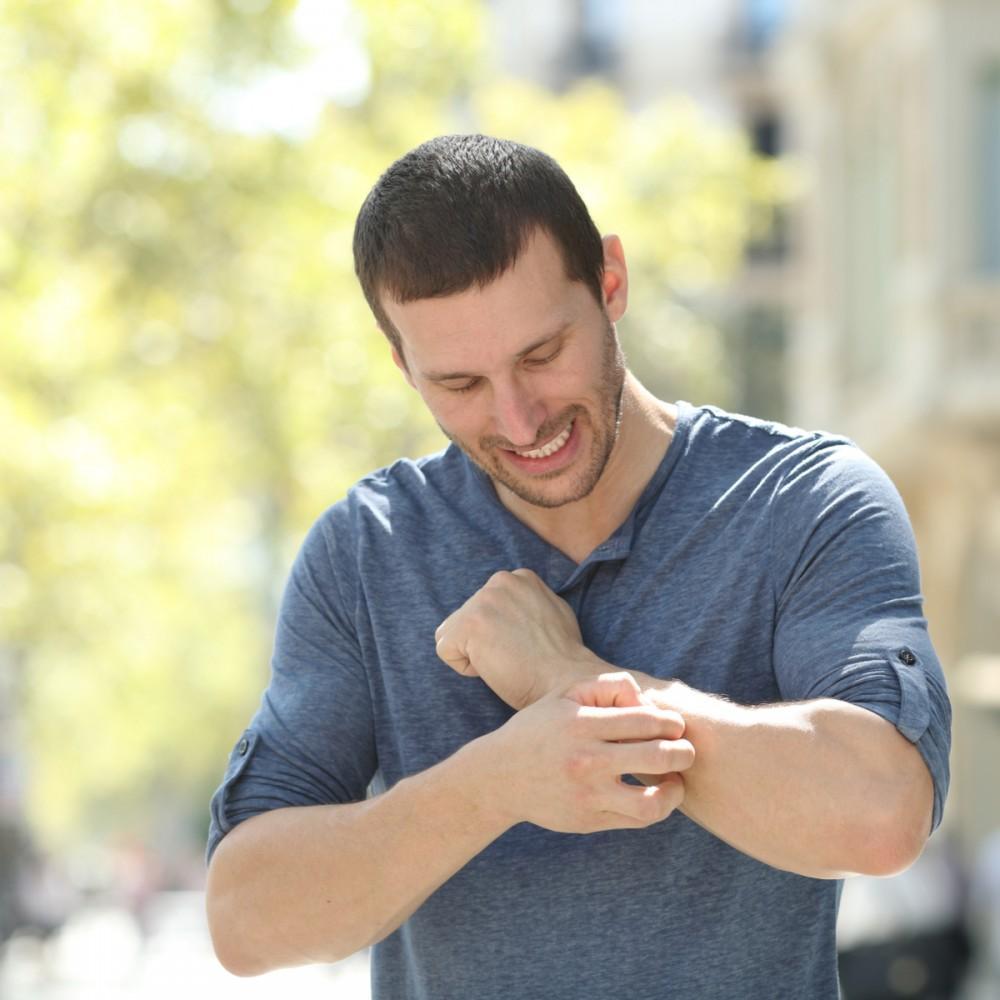 Dr. Brendan Camp discusses the link between psoriasis and stress

While psoriasis is largely considered a disease of the skin, the factors involved in the development of this condition are more than just skin-deep. People with family members who have psoriasis are at a greater risk of developing the condition because c 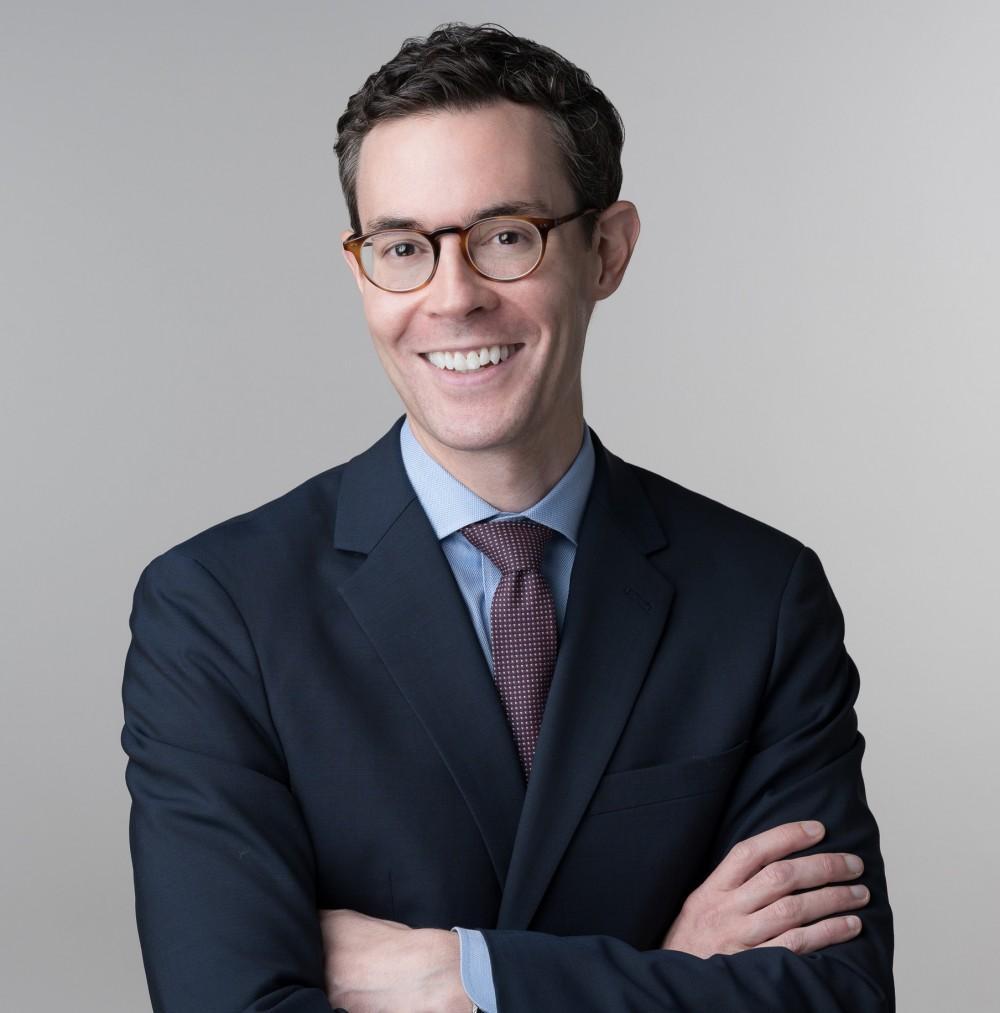 Tips for avoiding those annoying ingrown hairs. Years ago when I first moved to New York to start my dermatology residency my skin did not cooperate. During my first few weeks of training I developed pink stubborn bumps on my neck and beard area.